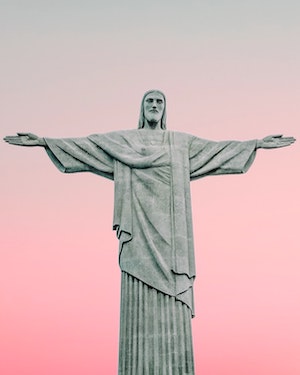 Obituary
KEITH BRIAN WICKS was born on August 29, 1956, to the late Abraham Lewis Wicks and Cornelia Maddie (Fleming) Wicks. He was the youngest of four siblings. He was preceded in death by sisters Lauren Harold and Brenda Boulware, and niece Denisha Allen.
Keith’s early years on Lauretta Avenue and later Whitmore Avenue were as most children of the 1960’s. The youngest of four siblings, he might have been considered spoiled! For sure he clung mightily to Mom, Cornelia and later that bond was never to be broken.
Keith received his education in the Baltimore City Public Schools, Calverton Junior High, and earned his General Education Diploma (GED) from Baltimore Polytechnic High School in 1978. He then matriculated to Baltimore City Community College where he earned an Associate’s Degree in Health Care and Dental Hygiene. This accomplishment opened the door to what would become his life’s career.
Keith was a loving and caring person. His employment at Taylor Manor - Shepphard Pratt Hospital and Spring Grove Hospital Center, Catonsville, were both jobs where he rendered service to patients with dedication, care, and excellence. He began this love of health service in 1979. He often spoke of the joy of making his patients happy no matter what their situations may have been. In 2021, he was awarded a Certificate of Appreciation for 35 years of dedicated service to the Spring Grove Hospital Center, where he was a Chief of Clinical Operations. From the Maryland Department of Health, he also received a Service Award in appreciation for 40 years of service to the citizens of Maryland. His co-workers from both locations admired his zest for life, dedication to the job, and him making sure all who knew him felt that same joy.
All work and no play could be a slogan by which Keith lived. He loved to travel and participate in family events. He attended many family reunions, birthday celebrations, baby blessings, and work-related events. He organized one such event for his mother, Cornelia, at the former Old Country Buffet. His efforts to make Mom feel special were successful. Keith was glue that kept the families connected.
His travels included several island destinations: the Bahamas, the Caribbean, and Aruba. In the states, New York, Las Vegas, California, Mexico, and Hawaii. There were also cruises and travel to Europe.
His religious life began at St. Edward Catholic Church. He accepted Christ at an early age and throughout his life he practiced his faith in several houses of worship.

To send flowers to the family or plant a tree in memory of Keith Brian Wicks, please visit our floral store.